At least fourteen people were shot during a drive-by shooting on Monday night in East Garfield Park on the West Side of Chicago including three children aged 3, 11 and 13.

The extent of the injuries and the time the shooting took place are not yet known.

The shooting occurred in the 2700 block of West Flournoy Avenue Chicago police said and only took a matter of seconds.

A group of people were gathered near the intersection of California and Polk at approximately 9:30pm when at least two people in a passing vehicle fired indiscriminately into the crowd, explained Chicago Police Superintendent David Brown.

The attack was all over within three seconds flat.

Brown said the group had been standing near the intersection, possibly for a balloon release, when a vehicle drove up and opened fire. Brown said that surveillance video captured the entire shooting. 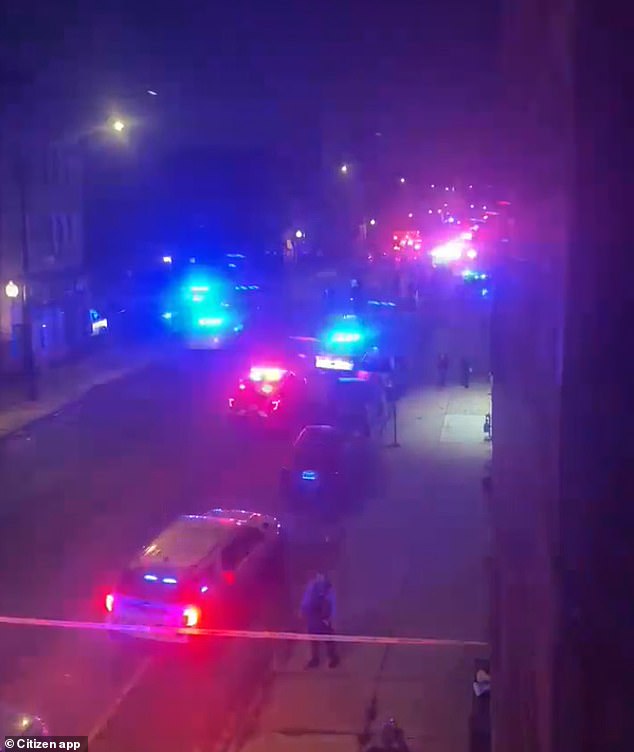 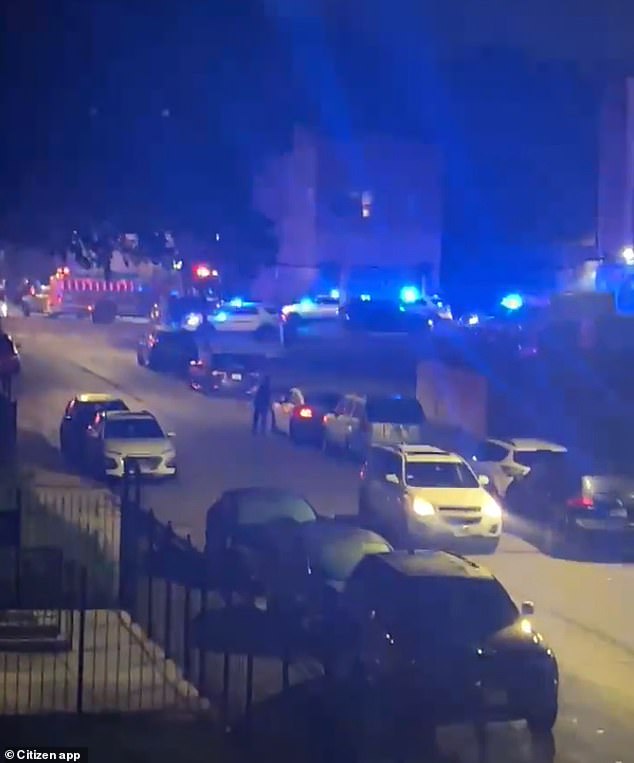 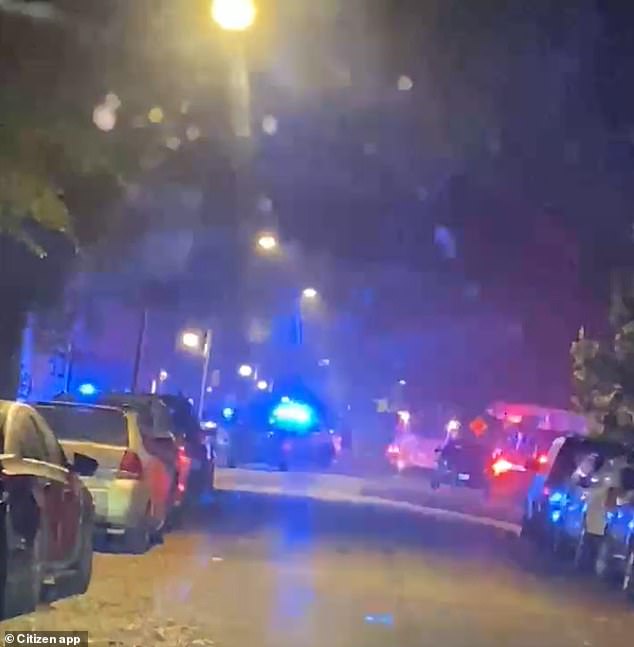 The victims were sent to several hospitals across the city

A spokesperson said up to 14 people may have been shot in the incident with some suffering life-threatening injuries, including children who had been out trick or treating.

The victims range in age from 3 years old to adults in their 30s, 40s, and 50s. One person is also believed to have been struck by a car.

The circumstances of the shooting are still being investigated but it’s believed a vigil was taking place at the intersection at the time the firing began.

Brown said the shooting was a drive-by that was over in a matter of seconds but could not determine if the incident was retaliation or gang-related.

Brown said preliminary information indicated there were at least two shooters seen on the video, although that number could change. The shooters appeared to fire indiscriminately into the crowd.

Detectives were on the scene on Monday night. Police are also hoping the victims will be able to provide more information, Brown said.

Ambulances transported the victims to various hospitals, including Stroger, Loyola and Mt. Sinai.

‘We picked up another girl, a little girl, about 13, and we brought her to that ambulance,’ one eyewitness told Fox 32. ‘But the ambulance driver said, ‘No, we can’t bring her in because you have people worse. So we just sat her on the bumper.’

The eyewitness explained how he found a little girl with a bullet wound under her knee and took her to a nearby hospital.

He also saw an adult man who was reportedly shot in the head.

‘He was on the ground and they were saying he was shot in the head, and he had blood everywhere,’ the man said. 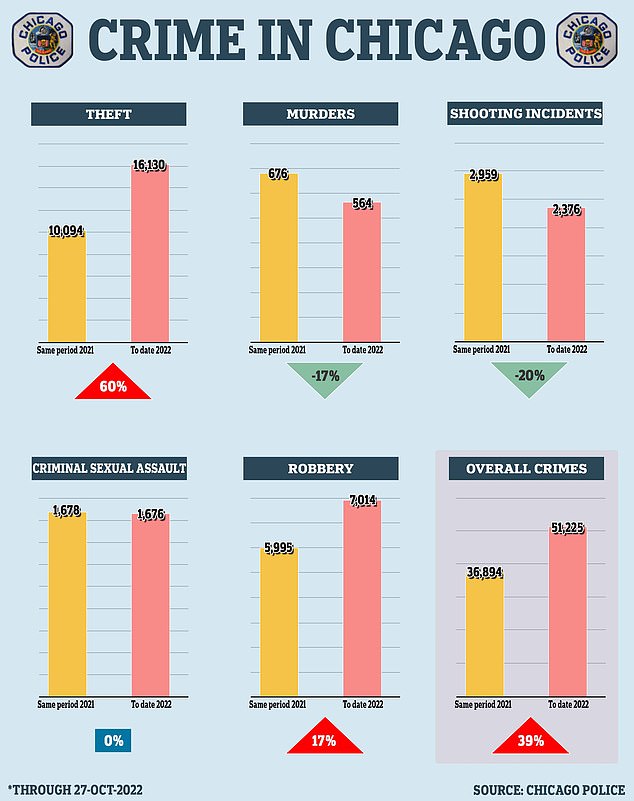 An investigation by the Chicago Police Department is ongoing. Anyone with information is encouraged to contact Chicago police, and a reward of up to $15,000 is being offered.

Chicago recorded another bloody weekend with nearly three dozen shooting victims, including a teen found shot in the head inside a car, two women struck while standing inside a kitchen and a man shot through an eye, authorities said.

The eruption of violence occurred from 6pm on Friday to the end of Sunday.

In total, there were 32 reported shooting incidents and 35 shooting victims, which included at least four juveniles.

Police said at least five people were murdered over the weekend.

Monday night’s incident comes as the latest blow to the embattled city’s dwindling image under Mayor Lori Lightfoot, who since taking office in late 2019 has seen crime rocket to rates not seen in decades. 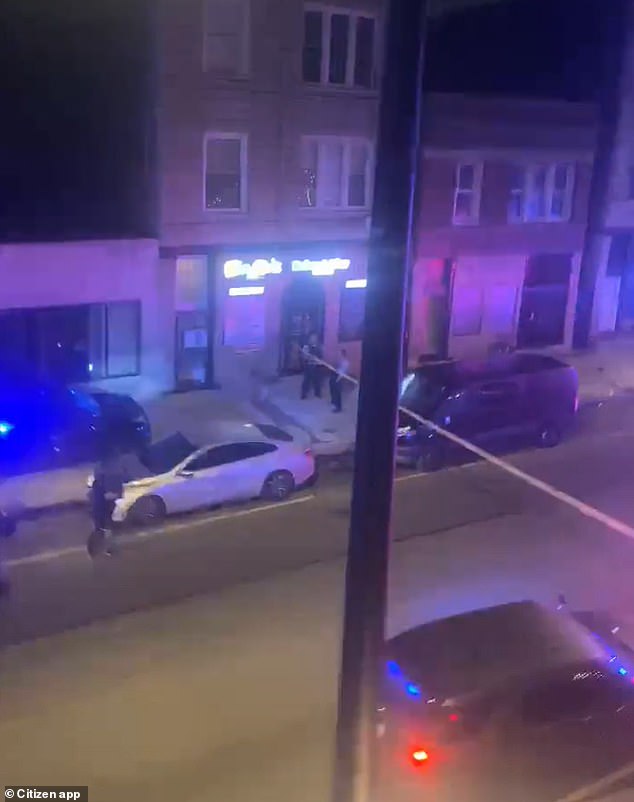 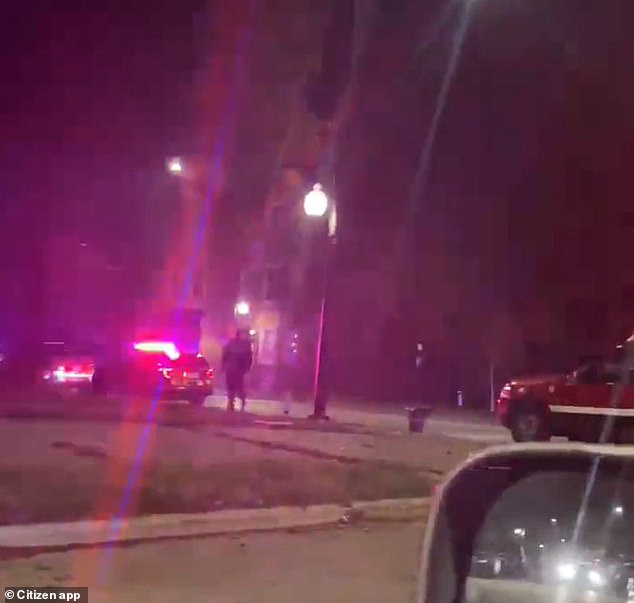 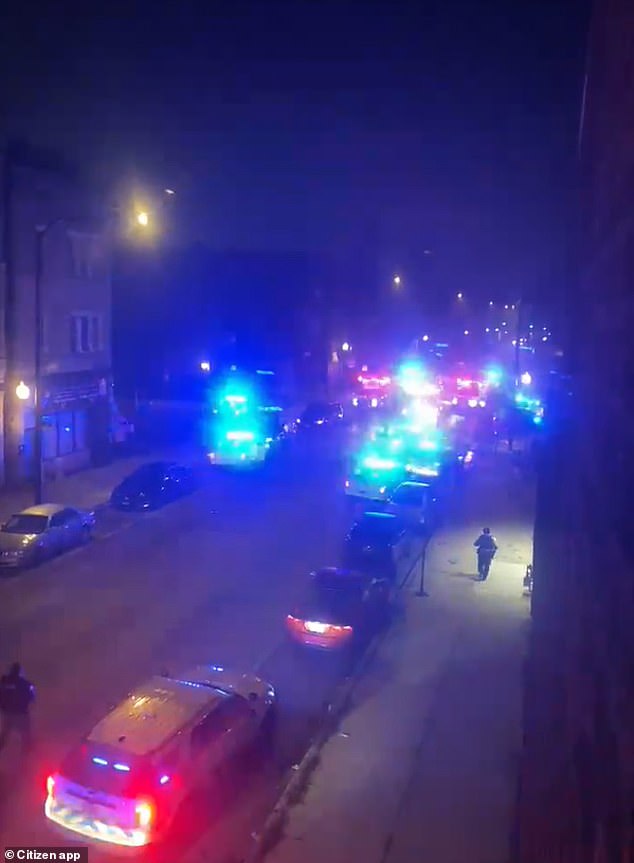 Last week, Lightfoot’s office came under fire from fed-up citizens after demanding she receive an annual pay rise of 5 percent, despite facing growing criticism over her handling of violent crime in the city, as well as her failure to address its historically high murder rate.

Lightfoot, currently takes home an annual salary of $209,915, made the brazen in an ordinance that would give the mayor, city clerk, and treasurer access to a pay increase each year.

If approved, the pay bump would see the city official’s salary rise to $216,210 starting May 22 of next year.

Officials from both parties have slammed recent ‘lawlessness’ seen in the city under Lightfoot, which reached levels not seen in decades during the pandemic and has since failed to return to prepandemic levels.

The progressive notoriously slashed a whopping $59 million from the Chicago Police Department budget in 2020 during the Defund the Police protests – but performed an abrupt about-face on that policy in August of 2021, amid increasing crime and mass walkouts by the city’s peace officers.

Compounding the unrest were riots by Black Lives Matter and Defund the Police supporters – both movements that Lightfoot had touted during her campaign run.

At the time, the city recorded its deadliest year in decades, with 2021 seeing 797 murders – the most recorded since the mid-1990s. Crime, particularly shootings, 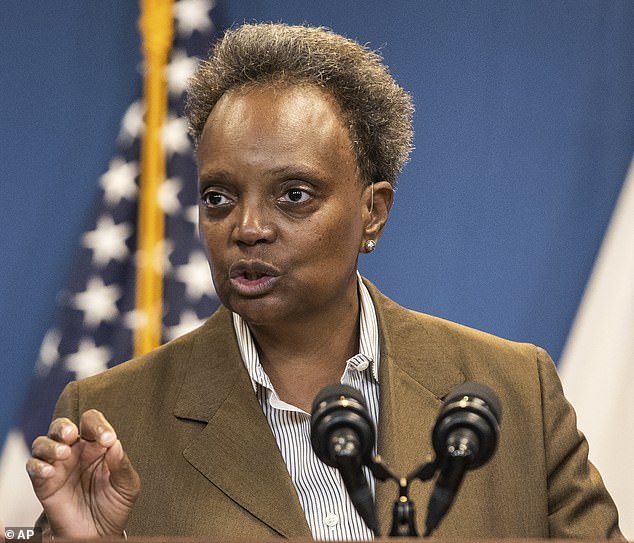 Last week, Chicago Mayor Lori Lightfoot proposed to give herself an annual pay increase to keep up with inflation. She currently rakes in more than $200,000 a year

The city of Chicago’s police department, meanwhile, has also been increasingly at odds with Lightfoot, whose championing of progressive policies have also put her in the crosshairs of conservative critics across the country.

A 700-page Safety, Accountability, Fairness, and Equity-Today law, championed by Lightfoot in January instituted a host of criminal justice reforms in Illinois, including an end to cash bail in January.

It came as part of a plan that saw $16.7 billion of spending, provided by the federal government, funneled into the embattled police department, lifting its annual budget to $1.9 billion from $1.7 billion.

The plan heavily relied on money from Washington to dig the city out of a deficit that reached new heights under Lightfoot, and outlined prospective funding for new community programs the mayor asserted will help the troubled city pull through the ongoing pandemic while addressing prevailing issues of gun violence and crime.

Roughly a year later, violent crimes are still up across the board in Chicago, especially when compared to prior to the pandemic – around the time Lightfoot was sworn into office in May 2019.

According to the latest statistics from the Chicago Police Department, crimes are still on the rise after a surge of incident in both 2021 and 2020.

Murders have fallen slightly since 2020, however, during the peak of the pandemic, when officials recorded a record 644 murders, a marker that was subsequently surpassed in 2021 when there were 676 slayings.

The number was the most seen since the mid-1990s.

Since then, murders have trickled down slightly by 17 percent, but theft, robbery, and overall crimes are all well up from last year – which came as one of the worst crime-wise in the city’s entire history.