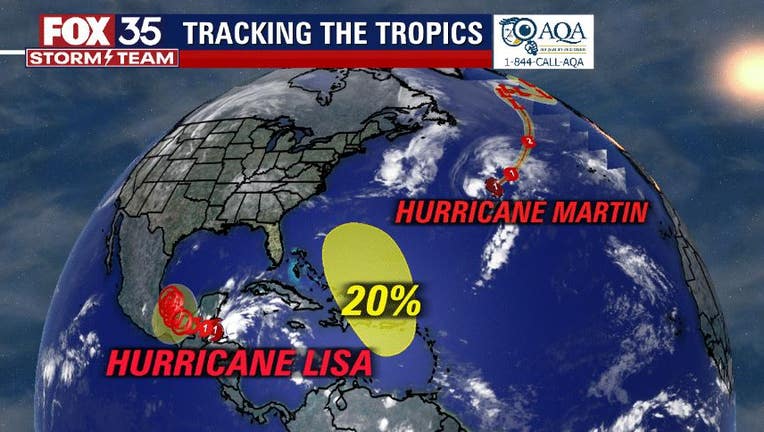 ORLANDO, Fla. – We now have two hurricanes swirling in the Atlantic.

Hurricane Lisa and Hurricane Martin formed in the Atlantic on Wednesday, according to the National Hurricane Center. This is only the third time on record that there have been two November hurricanes simultaneously in the Atlantic, according FOX Weather. The previous years were 1932 and 2001.

Meanwhile, forecasters are also watching a third system that could bring rain and wind to Florida.

Hurricane Lisa is moving westward toward the coast of Belize and is expected to make landfall in Central America and then weaken.

“On the forecast track, the center of Lisa will make landfall in Belize later today, and then cross northern Guatemala and move into southeastern Mexico by Thursday,” the NHC said. “Some strengthening is forecast before landfall. Rapid weakening will occur after the center of Lisa moves inland.”

RELATED: Disturbance in the Atlantic could have possible impacts on Florida

Hurricane conditions are expected along the coast of Belize and the southeastern Yucatan peninsula this afternoon.  Tropical storm conditions are expected during the next several hours over portions of the Bay Islands and along the northern coast of Honduras within the Tropical Storm Warning area, and in portions of Guatemala and Yucatan later today.

Hurricane Martin is now the seventh hurricane of the 2022 Atlantic hurricane season. 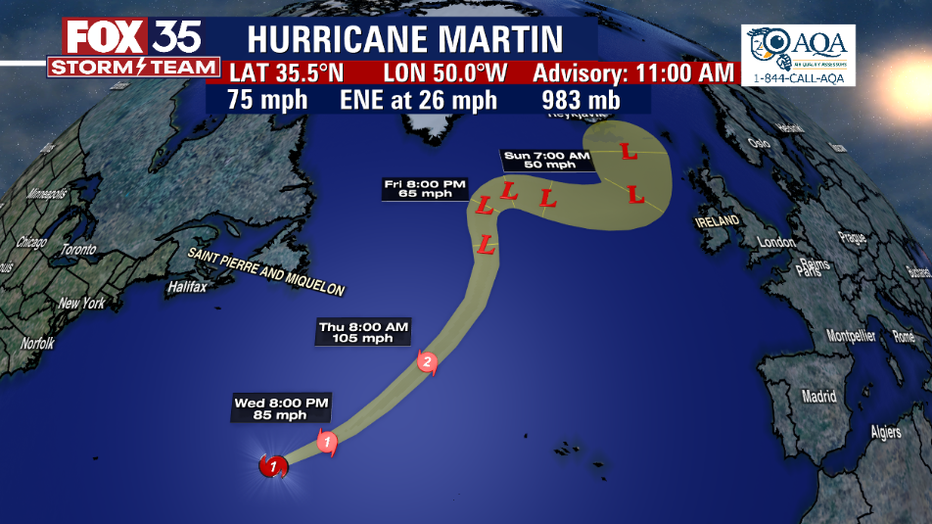 Martin is located several hundred miles west of the Azores with maximum sustained winds of 75 mph. A turn to the northeast and a rapid increase in forward speed are expected during the next couple of days, taking Martin over the far North Atlantic.

Martin should get larger and stronger through Thursday, gradually lose strength from Thursday through the weekend, but remain a very large cyclone.

FOX 35 Storm Team Chief Meteorologist Jayme King says Martin is not expected to be any threat to land.

The hurricane center is also watching an area of low pressure with a 20-percent chance of developing. Longer term, this could develop over the Bahamas early next week, possibly bringing wind and rain impacts to Florida during that time. 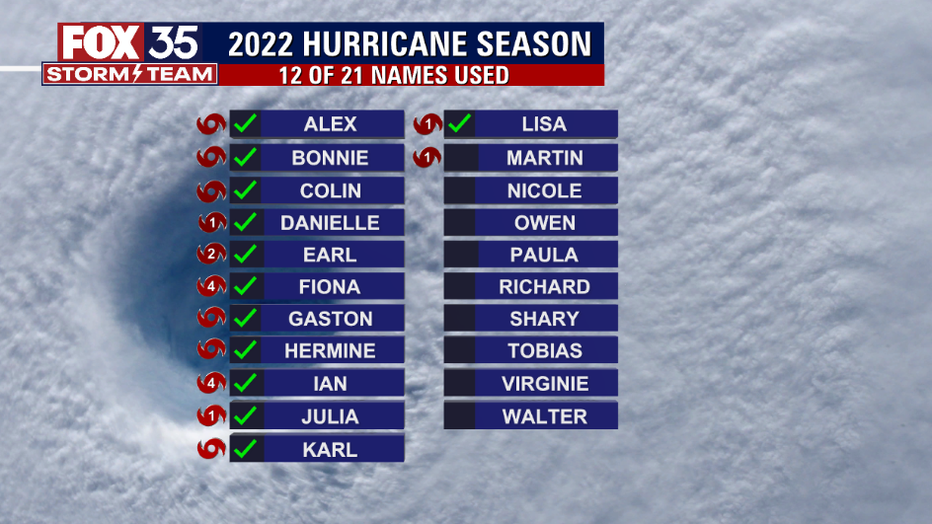 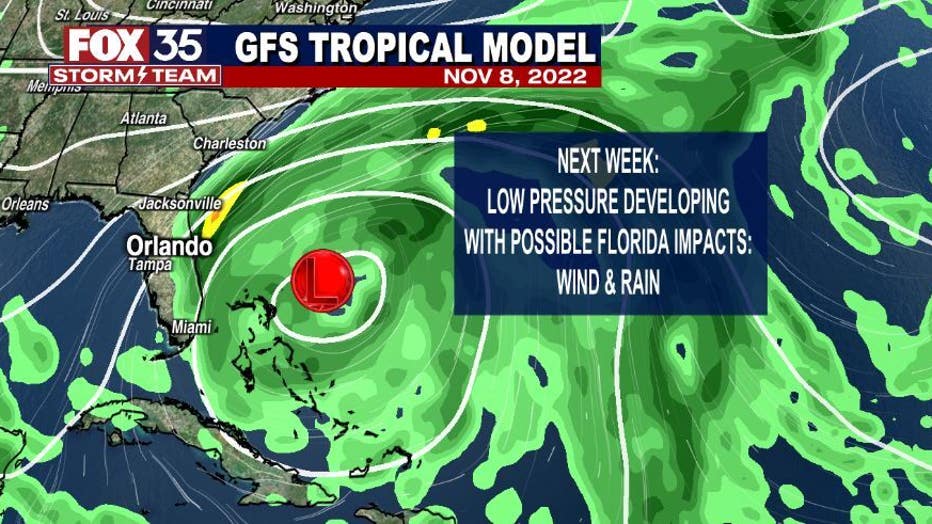 Stay with FOX 35 for the latest throughout the 2022 Atlantic hurricane season, which ends Nov. 30.